In April 1959, Inamori established Kyoto Ceramic Co., Ltd. (now KYOCERA Corporation) with an investment of 3 million Japanese yen from acquaintances. It has grown into a well-known international firm supplying a wide range of products from electronic components to consumer products such as cellular phones and cameras, where he currently serves as chairman emeritus. When Japan’s telecommunications industry was deregulated in 1984, Inamori quickly took the initiative to establish DDI Corporation, and became its chairman. In October 2000, DDI merged with KDD and IDO to create KDDI Corporation. Inamori served as KDDI’s chairman emeritus. He was named honorary adviser in June 2001. He became chairman of Japan Airlines (JAL, now Japan Airlines Co., Ltd) in February 2010. After serving as representative director and chairman of the company, he became honorary adviser in April 2015.In 1984, Inamori made a personal endowment to establish the non-profit Inamori Foundation, and became its president (now he serves as the founder). At the same time, he created the Kyoto Prize, an international award presented by the Inamori Foundation each November to recognize individuals and groups worldwide who have made outstanding contributions to the betterment of the global community and humankind.

His volunteer service included leading Seiwajyuku, a private management school. As president of Seiwajyuku, Inamori taught his management philosophy at 56 branches in Japan and 48 overseas branches to more than 14,000 business owners and entrepreneurs worldwide from 1983 to 2019.

He also holds several posts outside of the company including honorary chairman of the Kyoto Chamber of Commerce and Industry, foreign member of the Royal Swedish Academy of Engineering Sciences and trustee emeritus of the Carnegie Institution of Washington. 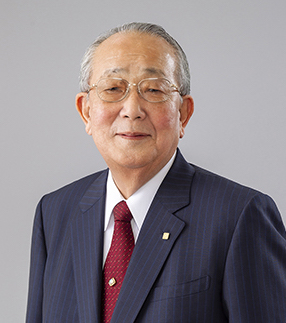