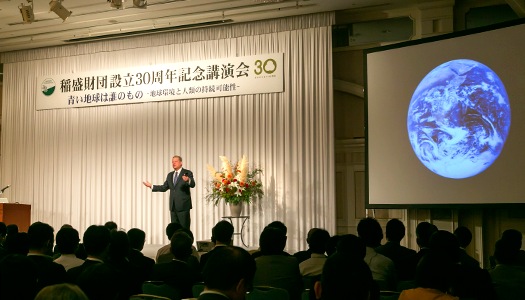 As part of the celebration of the 30th anniversary of the Inamori Foundation’s establishment, Mr. Al Gore, former Vice President of the United States and Nobel Peace Prize laureate, was invited to speak at the Kyoto Hotel Okura on September 29. In front of a packed audience of around 1,100 people, he delivered a lecture entitled “To Who Belongs the Blue Planet? – Global Climate and Sustainability of Mankind.” Mr. Gore called the audience to action as he spoke passionately about global environmental issues and the use of renewable energy technologies such as photovoltaic power generation.