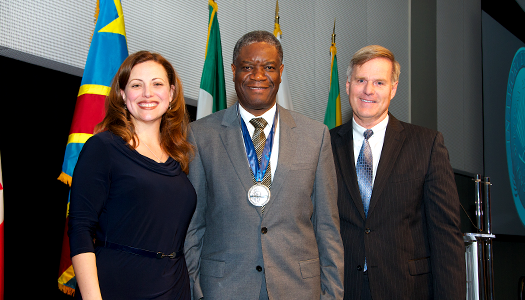 On October 1, 2014, the Inamori International Center for Ethics and Excellence at Case Western Reserve University hosted the 2014 award ceremony for the Inamori Ethics Prize. This year’s award went to Dr. Denis Mukwege, a physician and human rights activist of Democratic Republic of Congo and he received the prize medal and prize money. The prize is presented to those individuals who have demonstrated exemplary ethical leadership and whose actions and influence have greatly improved the human condition. An academic symposium preceded the prize ceremony and recipient lecture.

Dr. Mukwege has helped victims of wartime sexual violence and continues to dedicate his energies and abilities to protecting the human rights of women.