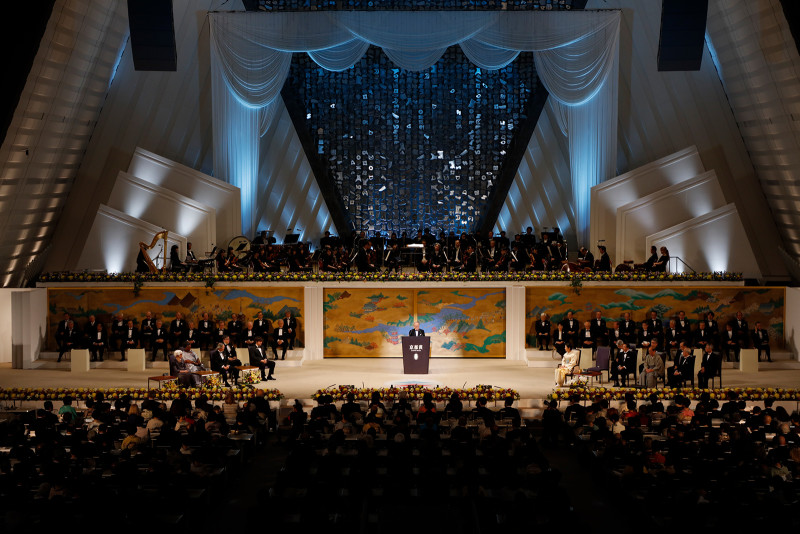 Dr. Deisseroth, 46 years old, is the youngest laureate ever in the history of the Kyoto Prize.

The citations for respective prize are as follows. 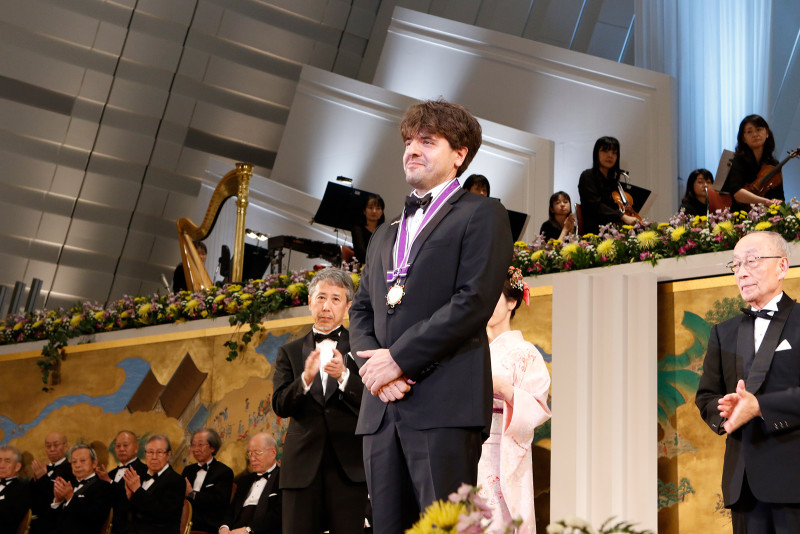 Dr. Karl Deisseroth:
Dr. Deisseroth focused on microbial light-activated proteins such as channelrhodopsin of green algae and spearheaded “optogenetics” –a new methodological discipline in which neurons can be activated or inhibited on the millisecond scale using light. This achievement has revolutionized the field of systems neuroscience, enabling causal study of neuronal assembly activity and resulting function, beyond correlational studies. 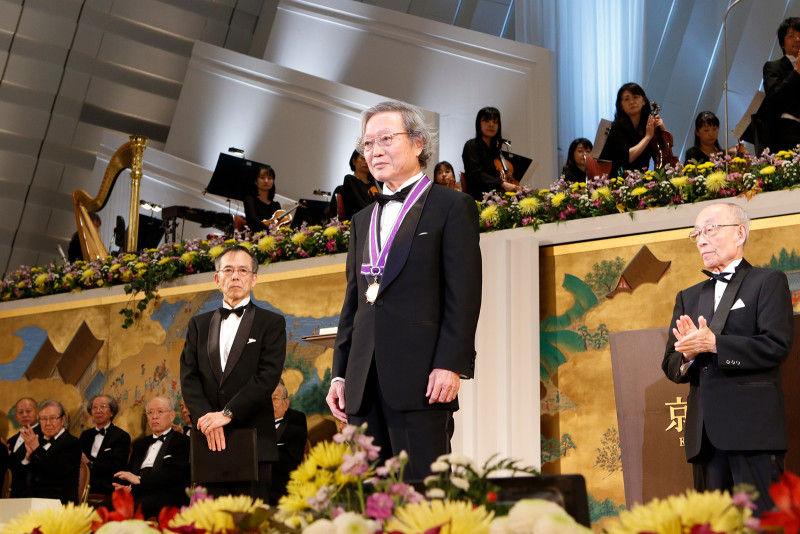 Dr. Masaki Kashiwara:
Dr. Kashiwara established the theory of D-modules, thereby playing a decisive role in the creation and development of algebraic analysis. His numerous achievements –including the establishment of the Riemann-Hilbert correspondence, its application to representation theory, and construction of crystal basis theory –have exerted great influence on various fields of mathematics and contributed strongly to their development. 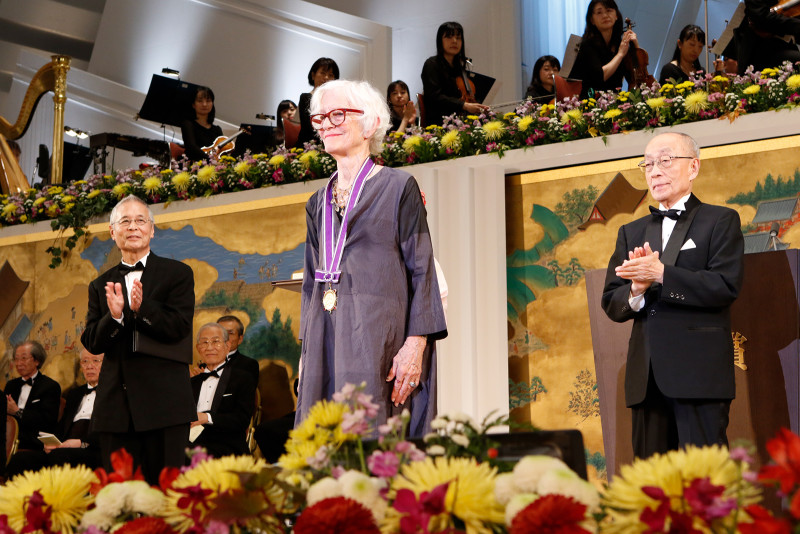 Ms. Joan Jonas:
Ms. Jonas created a new artistic form by integrating performance art and video art, and has evolved her original medium at the forefront of contemporary art continuously. Creating labyrinth-like works that lead audiences to diverse interpretations, she hands down the legacy of 1960s avant-garde art by developing it into a postmodern framework, profoundly impacting artists of later generations.

The Kyoto Prize is an international award that the Inamori Foundation (President: Kazuo Inamori) annually presents, consists of the three categories and the twelve fields in Advanced Technology, Basic Sciences, and Arts and Philosophy. The Kyoto Prize’s biggest characteristics is to commend the contemporary intellectuals including aspects of emotion, consciousness, and life philosophy in addition to their academic achievements.

The Prize Presentation Ceremony was attended by approximately 1,200 distinguished guests from academic and cultural fields in the presence of Her Imperial Highness Princess Takamado as an honorary president of the Inamori Foundation. With attendance of Dr. Takashi Mimura, the 2017 Kyoto Prize laureate and other previous Kyoto Prize laureates, the ceremony was opened with the Overture to the Ceremony performed by Kyoto Symphony Orchestra, and graced by Arashiyama, a celebratory Noh play, performed by Kuroemon Katayama X, the Kanze School of Noh. Hiroo Imura, Chairman the Inamori Foundation, presented a diploma, a 20K gold Kyoto Prize medal, and prize money of 100 million yen to each laureate. 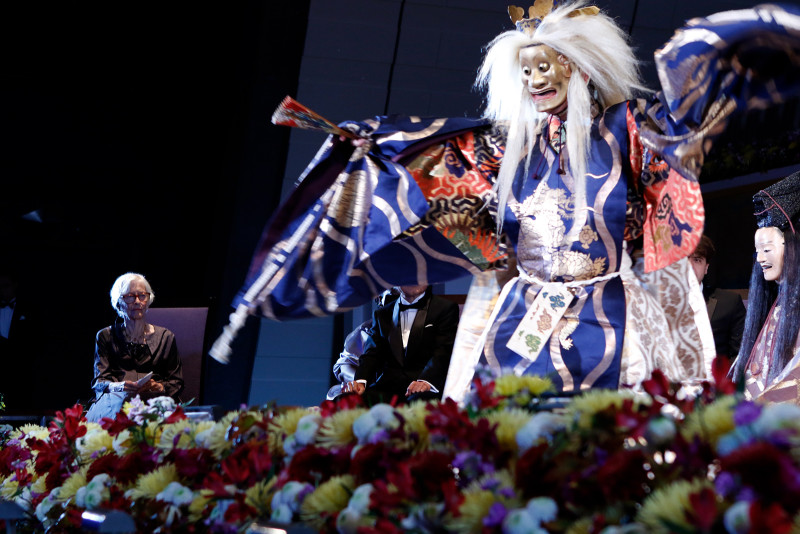 After the congratulatory messages by Shinzo Abe, Prime Minister of Japan and Donald Trump, President of the United States of America, the children of Kyoto Seibo Gakuin Elementary School Chorus, wearing Kimono sang in praise of the laureates. Following the Prize Presentation Ceremony, the Banquet was held in honor of the Kyoto Prize laureates. Kazuo Inamori, President the Inamori Foundation delivered remarks, “I am pleased to say that the Kyoto Prize will be at a turning point of 35th anniversary next year. I earnestly hope that our activities will be contributory to the progress and development of human society, and we are determined to strive for further progress. I sincerely look forward to your continuous support and cooperation.”